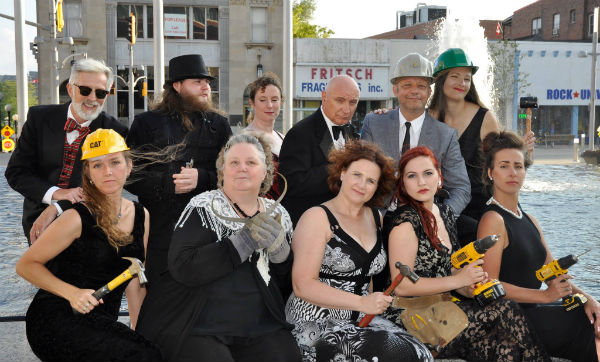 The cast for this year’s festival.

I’m once again thrilled to learn that my work will be included in ASPHALT JUNGLE SHORTS, an annual walking-tour theatre festival in Kitchener, Ontario. I’ve been in it before, and while I’ve never gotten there to see it, the photos and descriptions sound like a blast. Patrons sign up for a walking tour and along the route, live theatre breaks out in various locations.

This year, I’ve got two pieces in the festival:

THREE TREES TALKING
Three trees contemplate the question: If they were human, what kind of human would be they? Cast: Three, non-gender. Running time: One minute.
This was previously produced in England as part of the Gone in 60 Seconds Festival of one-minute plays in 2013; more on that here.

THE WEAKEST FINGER
An adulterous couple meet in a restaurant, and the man points out to the woman that the weakest finger is the ring finger – all seductively, of course. Cast: Two — 1 male, 1 female. Running time: Five minutes.

This means this year I will have had my work produced in at least four countries — the U.S., Great Britain, Australia and now, Canada. 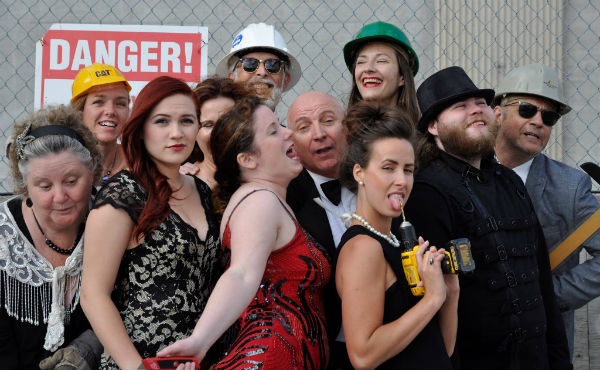 This entry was posted on August 11, 2015, 12:23 am and is filed under News, Productions, Uncategorized. You can follow any responses to this entry through RSS 2.0. You can leave a response, or trackback from your own site.