“The One-Word Macbeth” wins another award in Australia 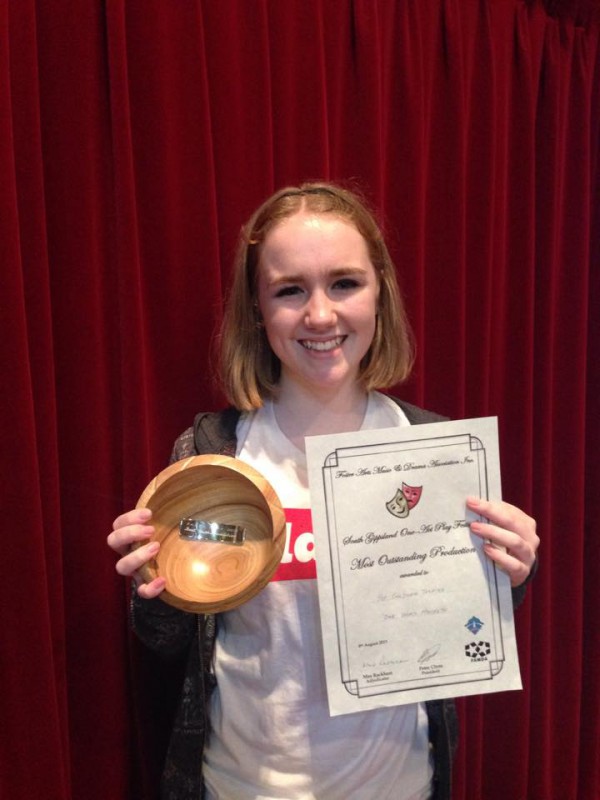 One of the actresses with the award. The production was called “blood-curdingly amazing.”

Pop Culture Theatre of Melbourne won another award this weekend with a production of my script THE ONE-WORD MACBETH.

The production took “Most Outstanding Youth Production” in the South Gippsland One-Act Play Festival in Foster, Australia, one of a series of festivals through the Victorian Drama League that the group is entered in.

Next up: Kyneton’s Festival of One-Act Plays in Kyneton on Sept. 4-6 and a date TBA in October in Melbourne.

You can find photos from a previous production in Macedon here and more about the show in general here.

The production was called “blood-curdingly amazing.” One critic said: “Loved the play. A clever concept that’s difficult to do well, but they pulled it off.”

This entry was posted on August 11, 2015, 12:11 am and is filed under News, Productions, Reviews, Uncategorized. You can follow any responses to this entry through RSS 2.0. You can leave a response, or trackback from your own site.