Photos from “The One Word Macbeth” in Australia

The Melbourne theatre company Pop Culture Theatre is producing my one-act THE ONE WORD MACBETH to enter in festivals around the state of Victoria over the coming months. The first production was July 25 in Macedon, Victoria.

The host theatre, Mount Players, tells me: “They were nominated for best production and best director. They won the youth encouragement award. Also, the girl who played Banquo won the VDL (Victorian Drama League) Most Promising Performer award. So it’s safe to say they did your work proud!”

A cold weekend up in Macedon – cold, but fun! The Mount Players put on a great festival and were very welcoming to PCT for only our second outing down that way. All four of our plays went over well, as adjudicator Ray Hare was more than happy to tell all. “PCT strikes again!” he said, frequently, complementing us on our fine work, meeting the theatrical challenges of our scripts with nuanced performances and poignancy. All his words.

This weekend also saw our youth group hit the stage for the first time, with “One Word Macbeth”. And as you’ll see from the results, the kids sure came out swinging!

The Adjudicator chose not to give Adjudication awards.

Congratulations to all winners and nominees, and to all for another great festival. Now we have a short break before heading down to Foster in August for the South Gippsland Festival! Stay tuned for details about dates!

And also this note to me:

We are very proud of our girls. The adjudicator noted that on your description you called it a play for 10, 12 or 14. You may wish to revise that as it is very much possible with just 5.

They smashed it. The adjudicator refused to split the Best Youth Actress Award and so gave it to them jointly. They were also nominated for Best Production. Not Best Youth Production, but in the overall category.

And the audience loved it. Festivals are very much a theatre crowd and so everyone knows what is going on which makes the ‘Tomorrow’ section so funny.

A great close-up of Macbeth. 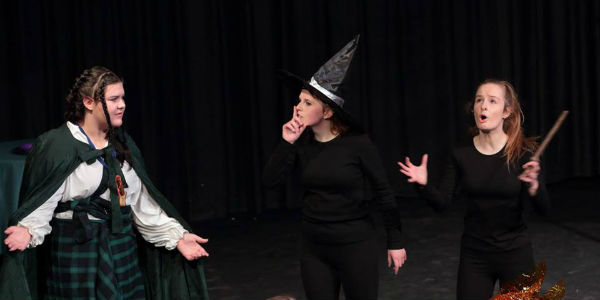 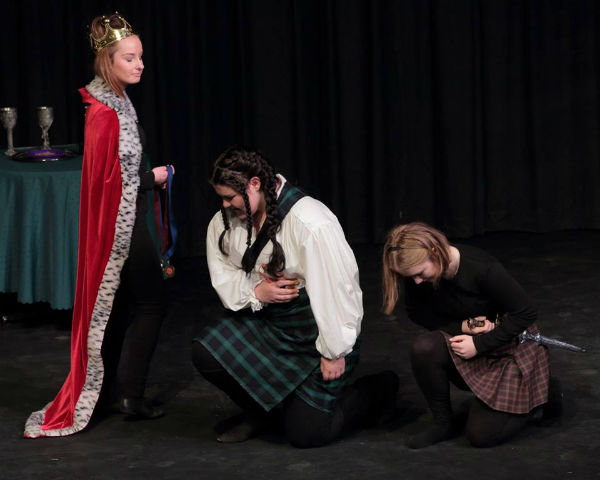 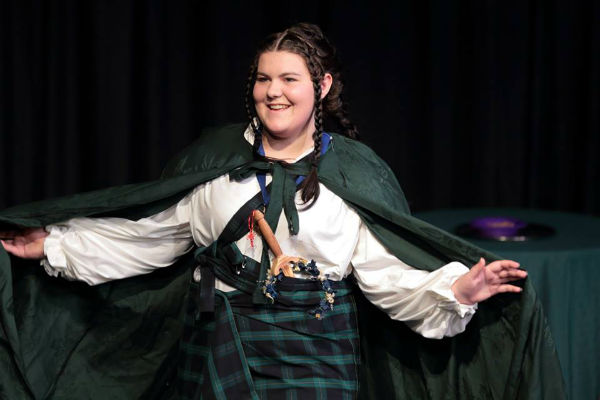 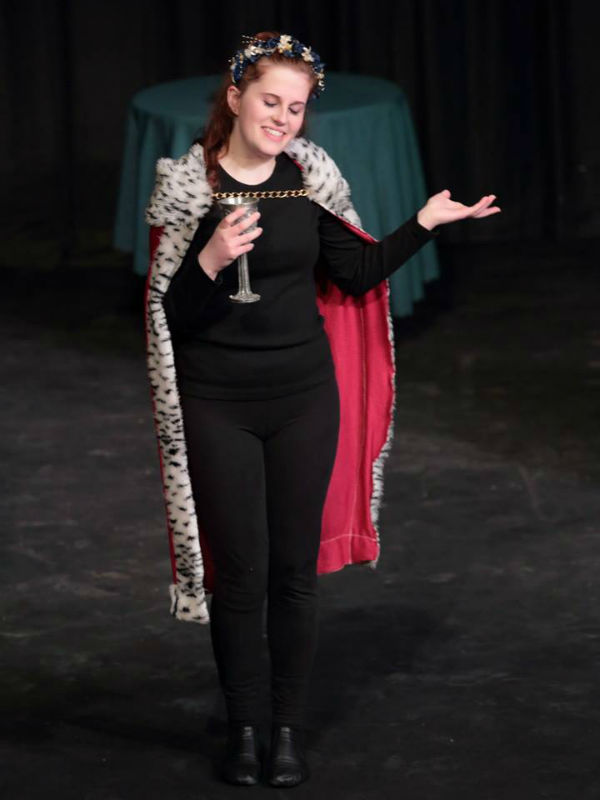 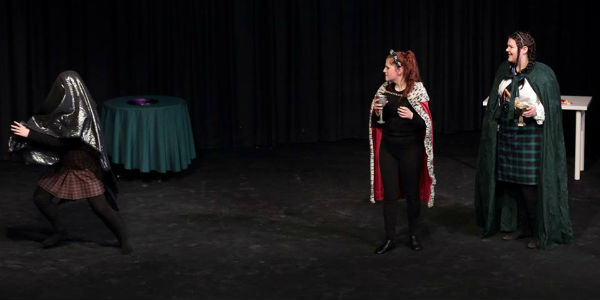 Is that the ghost of Banquo?

Not sure what part of the show this is from but here’s Macbeth.

Macbeth vs. Macduff. You know how this turns out. I particularly like this photo. Pop Culture Theatre staged THE SCRIPT with an all-female script, which is awesome, because, among other things, it offers some great stage combat roles for girls — such as this battle scene. I’ve made a point to write some scripts that do have stage combat scenes for girls — most notably THE TASTE TESTER and THIS ROSE HAS THORNS.

The audience for the first performance at The Mount Players in Macedon, Victoria.

You can see more photos from the show here.

This entry was posted on July 30, 2015, 11:59 pm and is filed under News, Photos, Productions, Uncategorized. You can follow any responses to this entry through RSS 2.0. You can leave a response, or trackback from your own site.