Photos from “The Beautiful Ogre and Other Fairy Tales” in Maryland

Here are some photos from a rehearsal of my 10-minute play THE BEAUTIFUL OGRE AND OTHER FAIRY TALES, being produced over three weekends in June and July at the Garfield Center in Chestertown, Maryland. 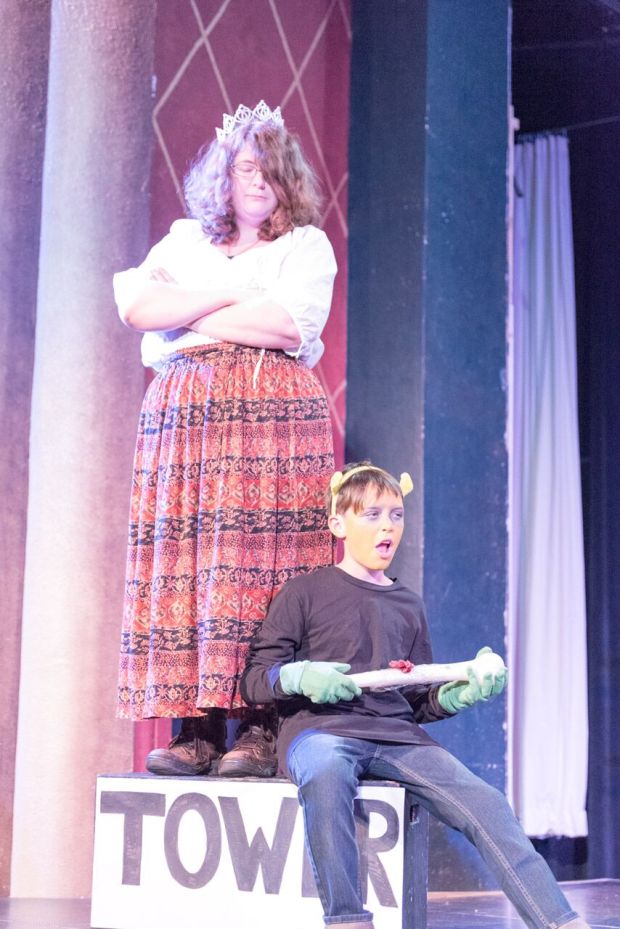 A damsel, state of distress uncertain, with an ogre.

END_OF_DOCUMENT_TOKEN_TO_BE_REPLACED

Posted by Dwayne Yancey in News, Productions, Uncategorized on May 17, 2016

My 10-minute script THE BEAUTIFUL OGRE AND OTHER FAIRY TALES will be produced in August by Open Space Arts in Reisterstown, Maryland, a suburb of Baltimore suburbs.

This will be the seventh production of that script:

THE BEAUTIFUL OGRE AND OTHER FAIRY TALES
A father reads his daughter a fairy tale as a bedtime story — which the characters begin to act out. The girl doesn’t like how the story is going — no strong female role models, for instance — so she changes it all around. This is the result. Cast: Five — three males, two females. Running time: Eight minutes.
* Produced by the Paw Paw Village Players, Paw Paw, Michigan, Feb. 15-16, 22-23, 2008.
* Produced by Youth Education on Stage Summer Shorts, Williston, North Dakota, June 24-26, 2008.
* Produced by Subversive Theatre, Buffalo, N.Y., various nights between May 2-17, 2009.
* Produced by Play’n’Well Players, Plainview, Michigan, last weekend of May 2009.
* Produced by Jeonju Players, Jeonju, South Korea, December 2014
* Produced as script-in-hand reading as radio play before a live audience, Hoosier Hometown Live, Mitchell, Indiana, Feb. 5, 2016.