Photos from “It’s Real To Me” in New Jersey

A doctor figures out a way to transplant memories with troublesome results. 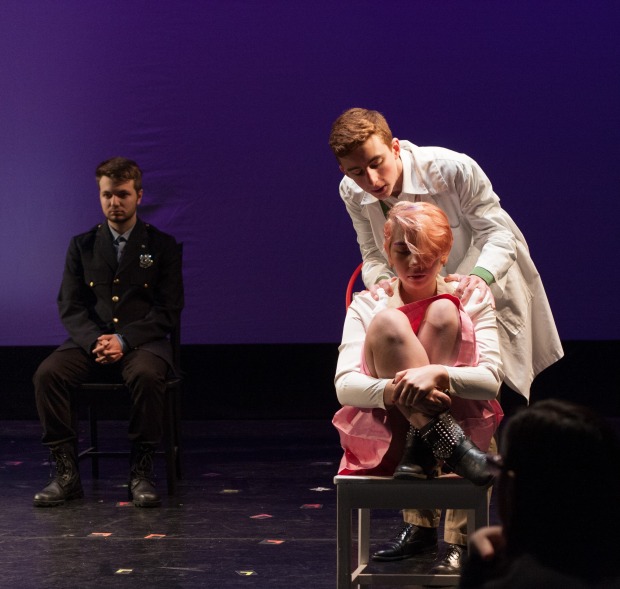 The doctor comforts his daughter, who had a bad experience, which he transplanted into someone else’s brain. 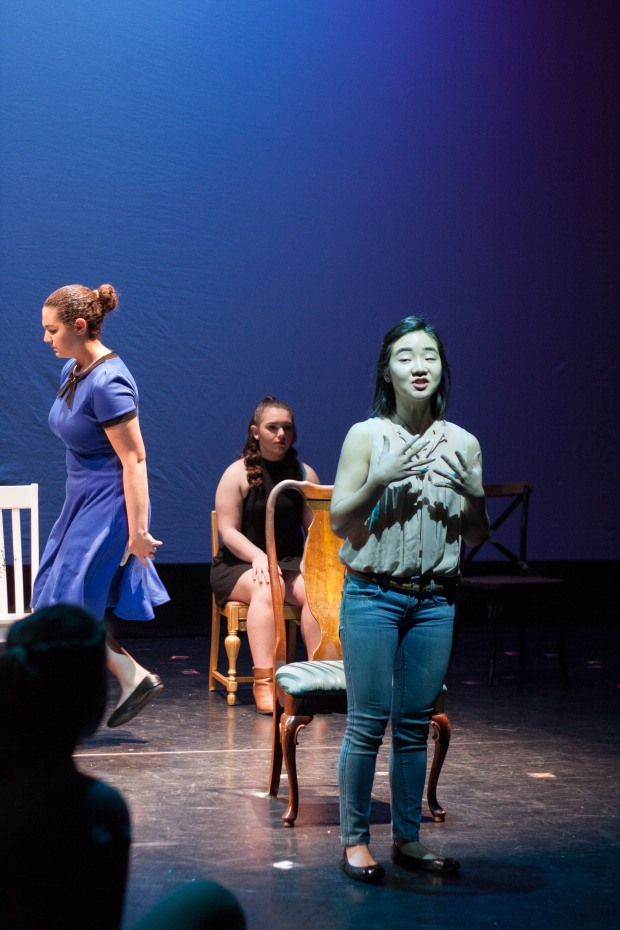 Not everything goes well. 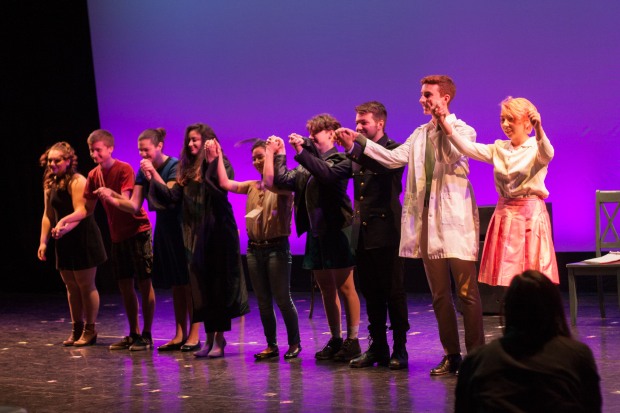 You can find more photos here.

IT’S REAL TO ME
A doctor devises a way to transplant memories from one person to another. It’s a form of therapy, a way to give one person’s surplus happy memories to those who have suffer from depression or some traumatic incident. But when one woman gets a memory transplant to overcome her depression, something goes wrong. She wakes up with a memory of killing someone. It’s a repressed memory that the donor had given away. A dark, serious piece. Cast: Nine: Four female, one male, four non-gender. With option of adding a tenth, non-gender, character with two lines. Running time: 30 minutes.
* Produced at Bergen County Academies, Hackensack, New Jersey, June 1-4, 2017.