The cast of “The Picture Window” in West Virginia 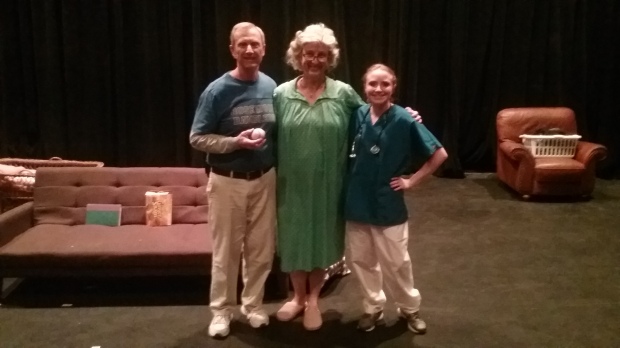 My ten-minute play THE PICTURE WINDOW was produced Feb. 2-4 at Greenbrier Valley Theatre in Lewisburg, West Virginia. It was the second full production of this bittersweet script.

This entry was posted on March 1, 2017, 11:53 pm and is filed under News, Photos, Productions, Uncategorized. You can follow any responses to this entry through RSS 2.0. You can leave a response, or trackback from your own site.