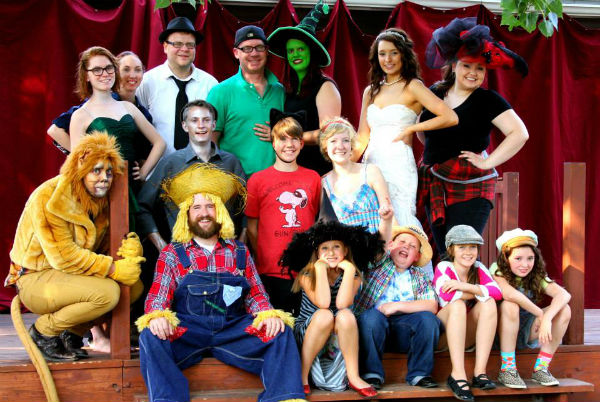 The cast of THE OTHER SIDE OF OZ.

My show THE OTHER SIDE OF OZ plays this weekend in Billings, Montana, produced by the Backyard Theatre, which, true to its name, really is in somebody’s back yard.

This is my seventh full-length script I’ve had produced. This isn’t a single story, but rather a collection of short Oz-related scenes using characters in the public domain. All that, and my list of previous full-length productions, is detailed in this previous post.

My version is probably what you’d expect of my work: We have Dorothy on the psychiatrist’s couch, we have the sheriff complaining about dogs, we have Munchkin insurance adjusters going over the damage to the house — mostly in five-minute scenes.

I have the show poster and some rehearsal photos below but first, allow me to share this — fan mail! Yes, two young members of the cast (one of them 9, not sure about the other, but about the same) took the time to send me thank-you notes:

Dear Dwayne
Thank you. The show is very fun! I get to be Munchkin One in The Wizard Arrives in Oz and The Witch of the East in Sensible Shoes, I am also the munchkin in Horse of a Different Color. I am sending you some photos my mom took, the last photo is my Young Witch of the East hair and make up. Thank you for writing such a fun and awesome play. I hope I get to work with you again.
Thanks

hello my name is ****** I just wanted to thank you for the script for the other side of oz I played the young witch of the west and a munchkin I really enjoyed it its an awesome script you did a great job writing it!

once again thank you

Lots of photos below: 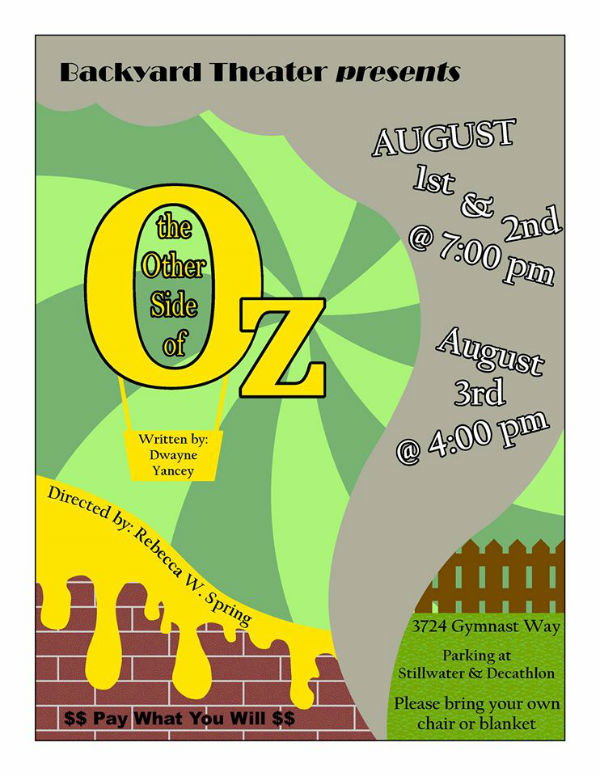 You know who this is! The tin man! 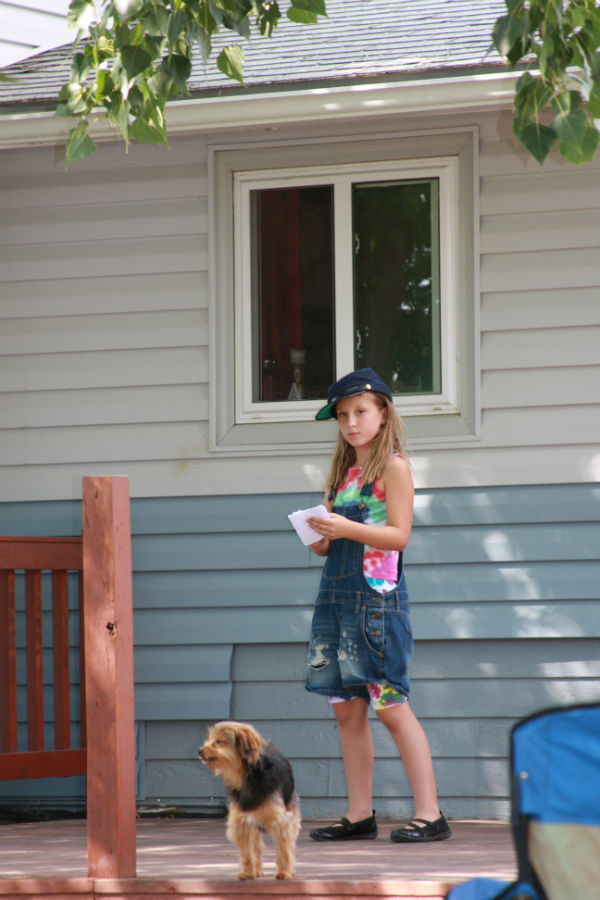 I do believe that’s Toto in this scene! 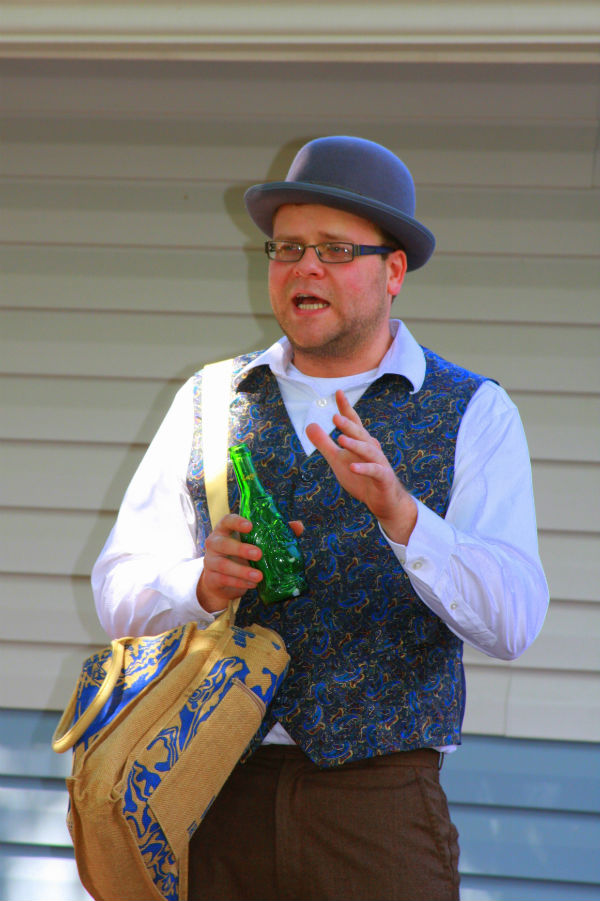 The huckster professor and future wizard.

William Shields, Seja Foster, Micah Hornsby and Ryland Nelson go over a map of Kansas with the professor (Trevor Bionich).

Oh, now we have a bad witch, too! And Dorothy. 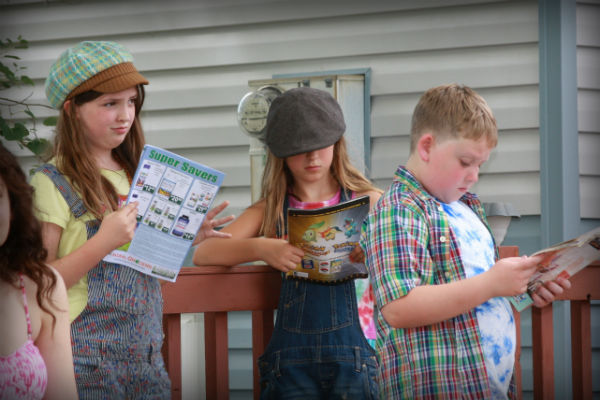 Dorothy and crew go to the horse racing track.

The complete set of photos is here. And here’s what the Billings Gazette said.

Photos from the cast party here.

This entry was posted on August 1, 2014, 10:46 pm and is filed under News, Photos, Productions, Reviews, Uncategorized. You can follow any responses to this entry through RSS 2.0. You can leave a response, or trackback from your own site.