Overnight Sensations 2019: The making of a 24-hour play

For the eighth time in 12 years, I was one of the writers in Overnight Sensations, a 24-hour play festival organized by the Hollins University Playwright’s Lab and Mill Mountain Theatre. I drew dream play in a furniture factory with a specific line of dialogue from Shakespeare. What I came up with: A drifter seeks overnight accommodations in an abandoned furniture factory. He blows some notes on a saxophone, which makes pieces of furniture come to life — and they want to perform Hamlet. Conveniently, Hamlet mentions a bed, a table, a couch, a desk and a table, so everyone has a part in A COUCH FOR LUXURY AND DAMNED INCEST. Here’s how it all went down: 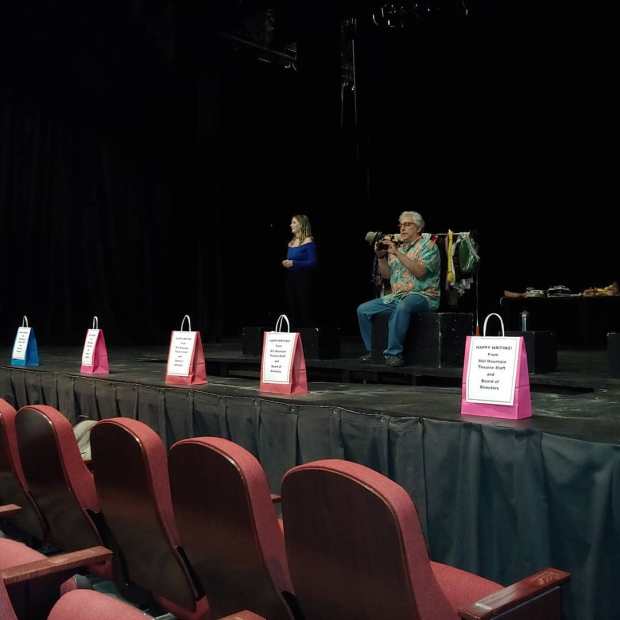 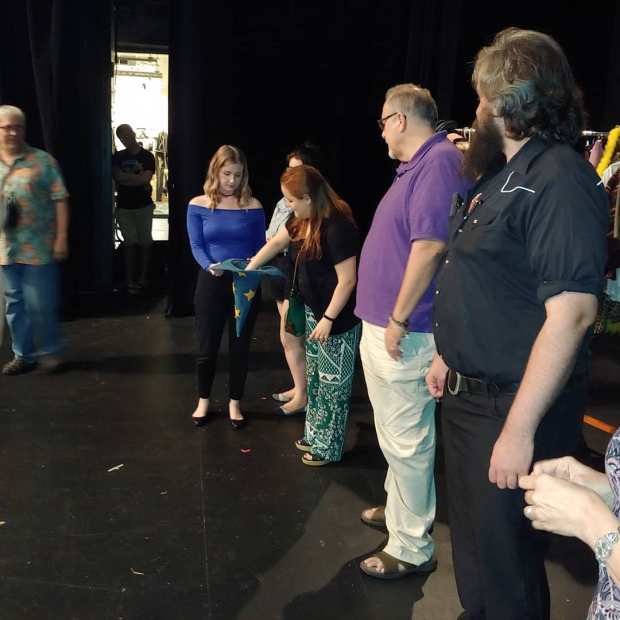 2. The six writers draw their director from a hat. After that, the writers and director alternate in drawing a cast, a genre, a setting and a theme — which this year came in the form of a line from Shakespeare that we had to use as dialogue.

3. So here’s what I drew. I thought I drew the two most boring prompts but I like what I came up with. That’s why this is always a good challenge. 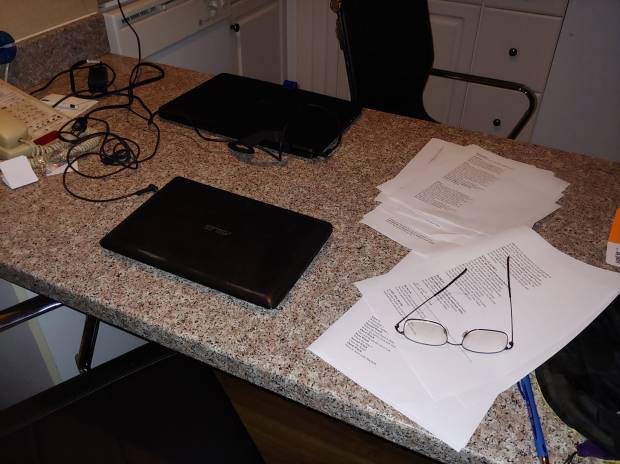 4. I finished writing in record time. First draft done by 12:30 a.m.; got the final script to director Amile Wilson about 2 a.m. or so.

5. Saturday morning comes early. 8 a.m. production meeting where writers and directors meet. Here’s director Amile Wilson looking at my script. After that, a few more tweaks and then . . .

6. Actors arrive about 11 and director Amile Wilson gets right to it. 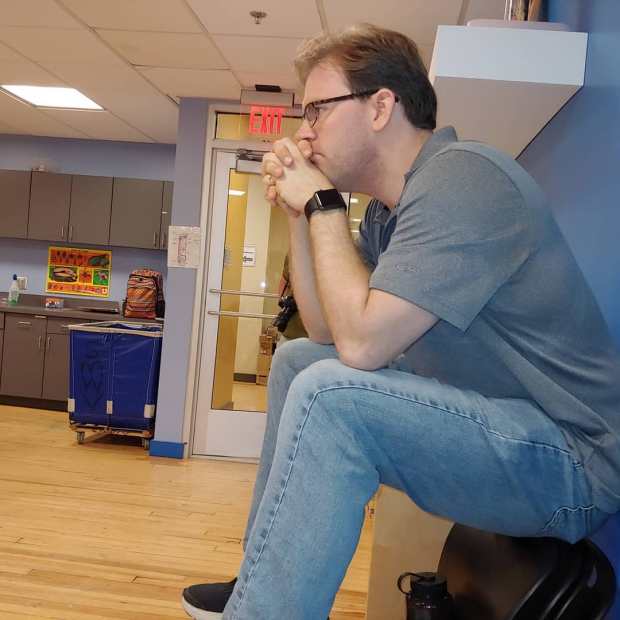 8. Actor Gianni Palmarini plays saxophone so I made use of that in the script. That’s Bailee Adams under the sheet. She’s a bed. 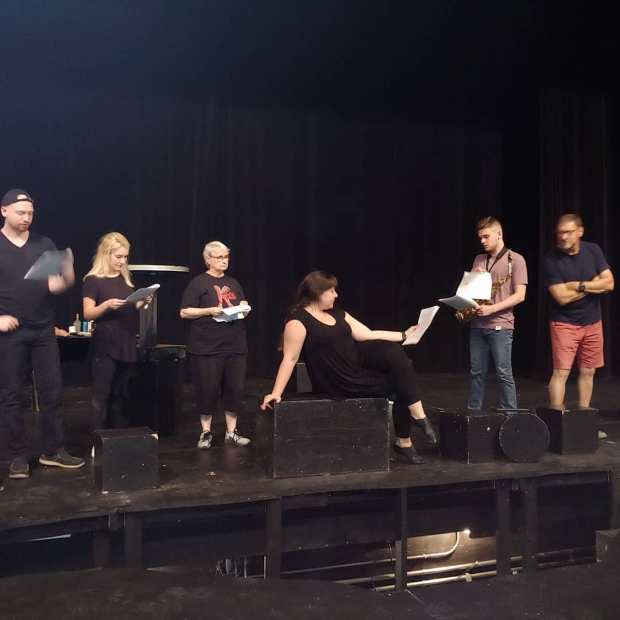 10. At some point in the afternoon, every cast gets 50 minutes of rehearsal time on the stage. Here’s ours. 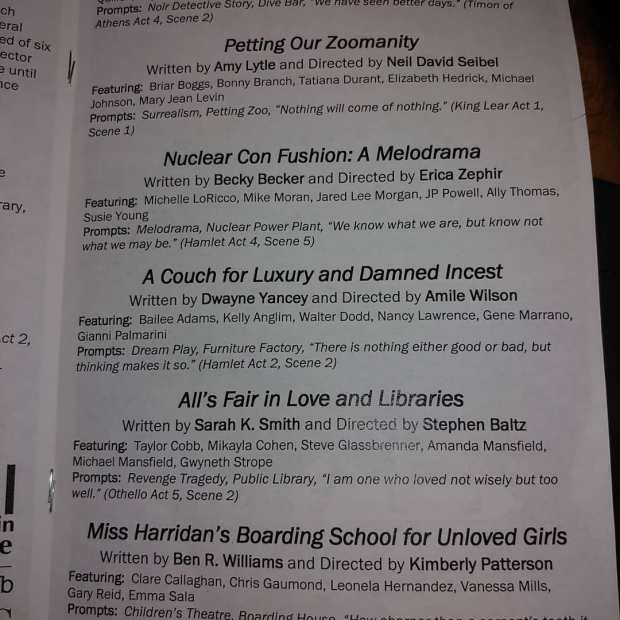 2010: A VAMPIRE SOAP OPERA, which is pretty much what it sounds like. (This script recently got produced a second time at a middle school in Maryland.)

2012: THE KEYS TO THE UNIVERSE NEXT DOOR, a Lovecraftian science fiction horror.

2017: THEY ALWAYS BLAME THE SNAKE, a drug-smuggling farce in a zoo.

You can find the full gallery of photos from this year’s event here.

This entry was posted on July 12, 2019, 12:39 am and is filed under News, Productions, Uncategorized. You can follow any responses to this entry through RSS 2.0. You can leave a response, or trackback from your own site.