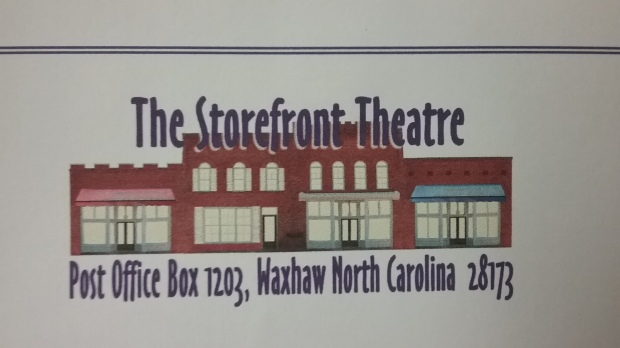 Just got word that my play THE PICTURE WINDOW won first play at the recent festival of ten-minute plays held by The Storefront Theatre in Waxhaw, North Carolina. The judging was done by a panel of judges.

That was the fourth time the script was on stage:

This entry was posted on March 22, 2017, 11:35 pm and is filed under News, Productions, Reviews, Uncategorized. You can follow any responses to this entry through RSS 2.0. You can leave a response, or trackback from your own site.