Photos from “Chef Pierre Does Not Do Simple” in Newburgh, N.Y. 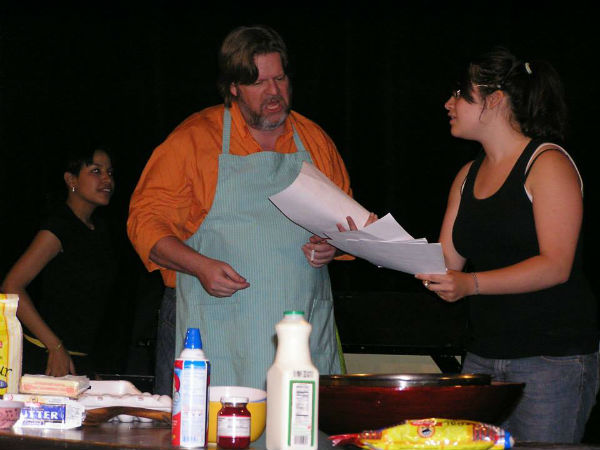 The Newburgh Free Academy in Newburgh, N.Y. has run an annual festival where solicits scripts worldwide, the students pick the ones they want and then produce them. Alas, the school board there has seen fit to cut the program. The final festival is coming up later in May and will include my script “The Ring.” In the meantime, director Terry Sandler, who is presumably packing everything up, came across these photos from the 2009 production of my script “Chef Pierre Does Not Do Simple.”

CHEF PIERRE DOES NOT DO SIMPLE
A television producer explains to a TV chef that he need to simplify some of his language because many younger viewers do not understand them. He reacts badly and winds up creating a mess with broken eggs and flour. Cast: Four — One male, three non-gender. Running time: Ten minutes.

Terry writes:”The gentleman playing Chef, Cabot Parsons, made a huge mess; eggs went flying, milk spilled everywhere, and tons of flour. There are still remaining stains on the curtains and ceiling from that performance. But it was bloody hilarious.”

Thanks, Terry, for finding and sharing the photos. Here are some more: 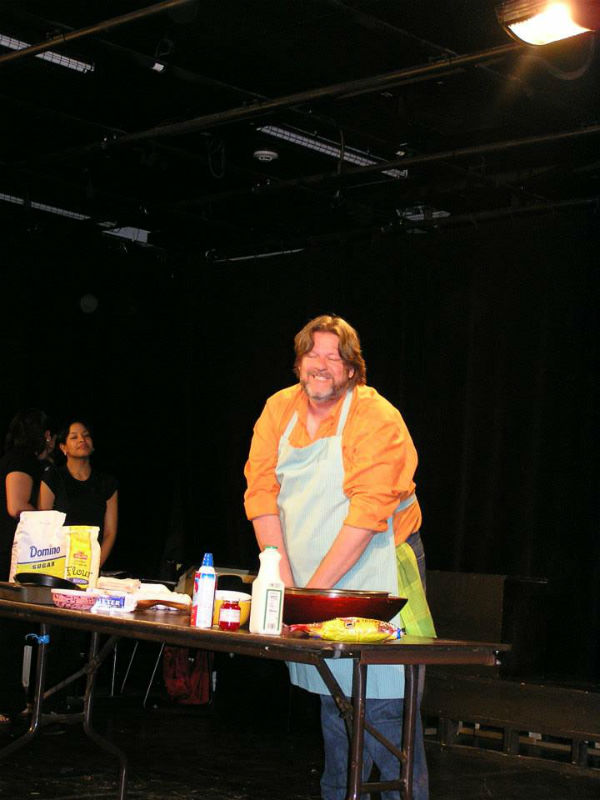 Chef Pierre gets into it. 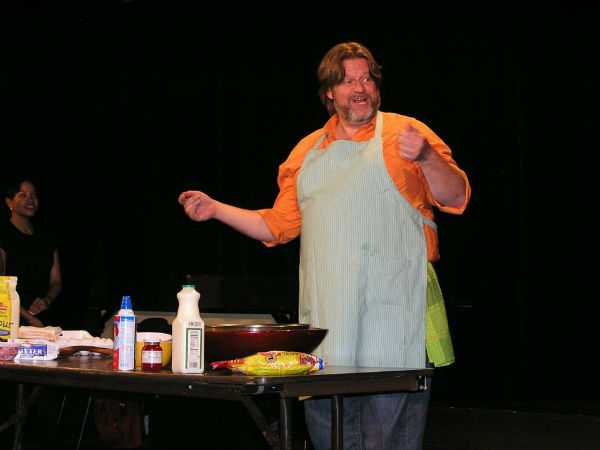 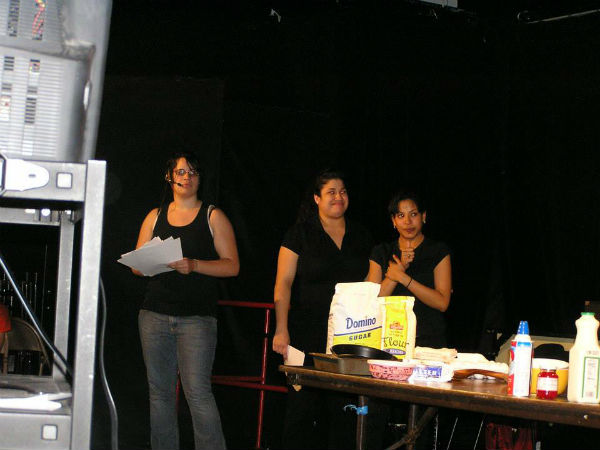 The rest of the cast looks on somewhat aghast.

This entry was posted on May 8, 2014, 10:41 pm and is filed under Photos, Productions, Uncategorized. You can follow any responses to this entry through RSS 2.0. You can leave a response, or trackback from your own site.