“Red Moon Rising In The East” at The Playground, Duluth, Minn. 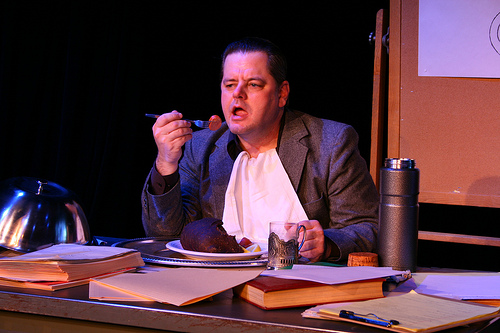 Chris Nollet as Sergei Korolev, the mastermind of the Soviet space program. He liked to work late and eat at his desk.

Here are photos from the production of my one-man show “Red Moon Rising in the East” at The Playground in Duluth, Minnesota in November 2010.

You’ll notice more than one person in some of them. Why? Because there’s some audience interaction.

Here’s a nice review of the show. More photos below, with the entire gallery here:

A red moon rises over the Soviet missile testing range. An omen?

Korolev tells how he cajoled a plied Kruschchev with drink and then asked him for more funding. 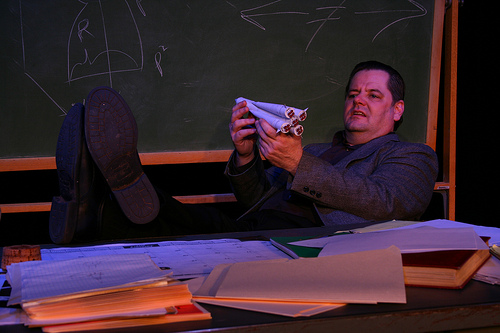 This entry was posted on January 19, 2012, 12:15 am and is filed under Photos, Uncategorized. You can follow any responses to this entry through RSS 2.0. You can leave a response, or trackback from your own site.