Rehearsal photos from “On the Thirteenth Day of Christmas”

First Avenue Playhouse in Atlantic Highlands, New Jersey is producing my full-length script ON THE THIRTEENTH DAY OF CHRISTMAS in December. Here are photos from the table read — plus the poster.

This is the second production of the script; the first was in Oregon in 2013. Here’s a photo from that production, which the director called “a true gem.”

ON THE THIRTEENTH DAY OF CHRISTMAS
A wild, action-packed Christmas farce. A young woman suddenly finds herself receiving the gifts from the song “The Twelve Days of Christmas,” apparently from an unknown suitor. The play begins on the thirteenth day as she copes with the chaos outside her apartment, as neighbors demand she do something about the noisy birds and pipers and drummers. The woman hatches a plan to shoot the birds and organize the people into an impromptu Christmas parade. Chaos ensues. Cast: 13 — 7f, 3m, 3 non-gender.

I have no idea yet who’s playing whom. 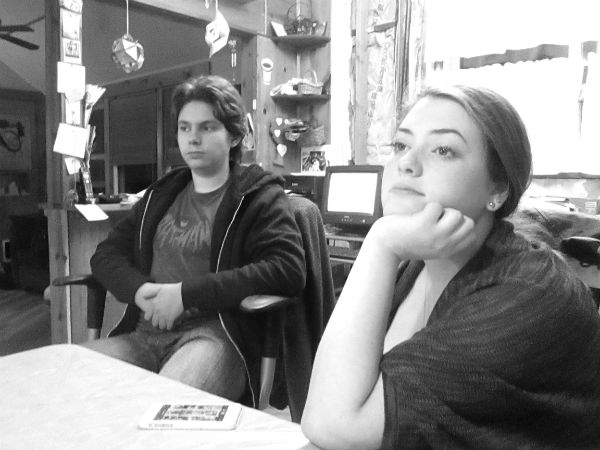 This entry was posted on October 26, 2015, 11:14 pm and is filed under News, Photos, Productions, Uncategorized. You can follow any responses to this entry through RSS 2.0. You can leave a response, or trackback from your own site.