“This Town Ain’t Big Enough For the Both Of Us” at Lakeshore Players, Minnesota 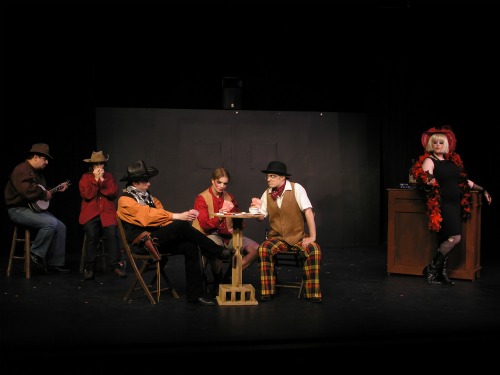 An ordinary western. Or not.

What starts out as a comic western gunfight scene turns into . . . well, two gunslingers trying to match each other on how to make the town bigger. One pushes residential development, the other commercial development.

That’s “This Town Ain’t Big Enough For the Both Of Us,” which was produced by the Lakeshore Players in White Bear Lake, Minnesota as part of the group’s annual festival of 10-minute players. (Mine weighs in at about six or so.)

Here are some more production photos, and a cast photo: 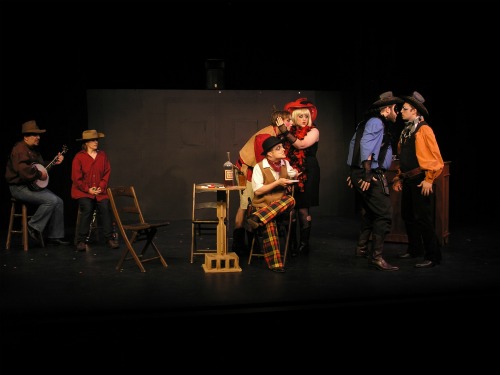 The cast of "This Town Ain't Big Enough For the Both Of Us."

10-minute plays, 10-minute scripts, lakeshore players, minnesota, this town ain't big enough for the both of us, white bear lake

This entry was posted on January 18, 2012, 12:30 am and is filed under Photos, Uncategorized. You can follow any responses to this entry through RSS 2.0. You can leave a response, or trackback from your own site.