So, here’s how rehearsal for this year’s 24-hour play project at Mill Mountain Theatre played out.

Saturday, 8 a.m. The writers and directors meet in the green room at Mill Mountain Theatre. My director, Bob Moss, is at right.

My script included a barbershop quartet song, set to the tune of “In The Good Old Summertime.” Chris Shepard consults his device for guidance on how it sounds. 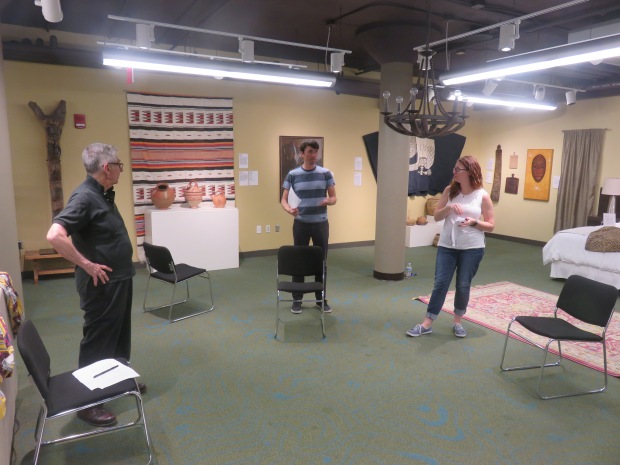 And now the blocking starts. 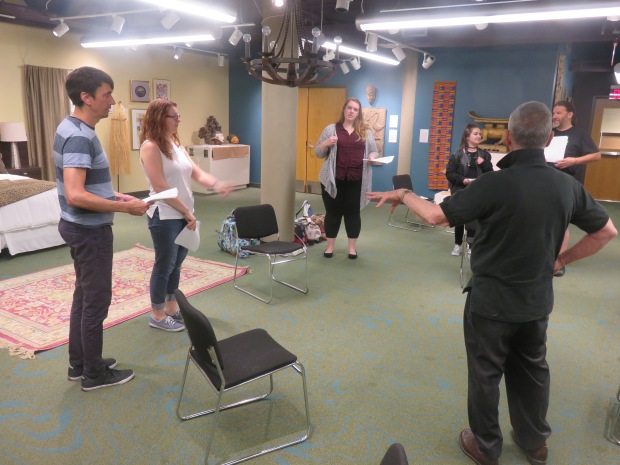 Bob Moss has some advice.

It’s not Hamlet without a skull.

This entry was posted on July 14, 2018, 5:56 pm and is filed under News, Photos, Productions, Uncategorized. You can follow any responses to this entry through RSS 2.0. You can leave a response, or trackback from your own site.