Photos: “The Fruitcake” in Orrsville, Ohio 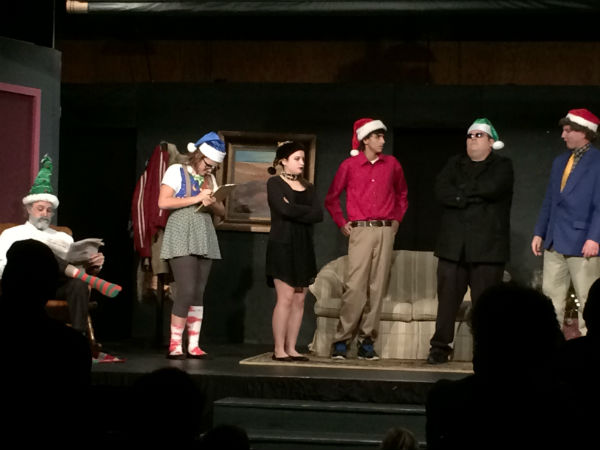 A scene from THE FRUITCAKE.

My most frequently-produced script is THE FRUITCAKE, a Christmas one-one published through Brooklyn Publishers. It’s been produced 42 times so far and yet . . . I’ve never seen it. Nor have I been able to find photos from a production — until now.

The folks at Orrsville Community Theatre in Orrsville, Ohio — who were the 42nd production, in December 2014 — kindly provided these photos.

You can find the whole set here.

THE FRUITCAKE
An extended and quite dysfunctional family gathers for a Christmas season tradition — Aunt Hazel’s historically inedible fruitcake. But before she can bring it out, some of the relatives steal the thing and make a bet on whether they can destroy it. Chaos ensues. Characters include a goth-punk teen, a science nerd, a tough-talking ex-Peace Corps worker, a nearsighted aunt, and so forth. Cast: Nine — 2 male, 4 female, 3 non-gender.

If you’re curious, here’s the entire production history — so far!

This entry was posted on September 21, 2015, 11:22 pm and is filed under News, Photos, Productions, Uncategorized. You can follow any responses to this entry through RSS 2.0. You can leave a response, or trackback from your own site.